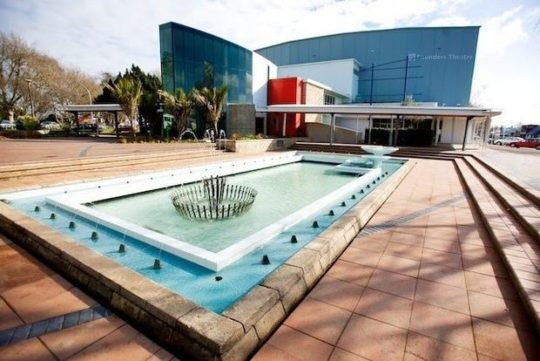 Hamilton City Council has voted 7/6 for a plan to demolish Founders Theatre and spend $3.6million potentially converting the site into green space.

This narrowly won decision came on 8 December 2020 as the council prepared their new 10-year plan, due for sign off on 25 February before public consultation in March-April and implementation from 1 July this year (2021).

TOTI in conjunction with heritage advocate Neil Curgenven and others have made two submissions to Council expressing our interest in rehabilitating and converting the theatre into a multi-purpose public space, a Town Hall for Arts, Culture and Heritage, to include galleries and community rooms.
What we propose would NOT be a theatre, and therefore would NOT compete with the proposed new regional theatre (nor the other city theatres). This is a sustainable community project and will create short-term and long-term jobs. The intention is to provide affordable facilities to a wide range of groups, a public meeting space in a heritage environment and sited in a beautiful and easily accessible green belt. This will augment public opportunities to present, participate and engage in heritage, arts and cultural activities.
If like us, you would like to see the rehabilitation and rejuvenation of the Founders, there will be another opportunity to have your say by making a public submission in response to the draft annual plan in March.
And you can sign the petition to save the Founders here.
https://www.surveymonkey.com/r/SP25MQN

TOTI has twice formally approached the council seeking to retain and restore the Founders Theatre. We have now also given our formal support to the nomination to Heritage New Zealand Pouhere Taonga seeking classification of the theatre and the associated surrounds as a Category 2 historic place of significance. This matter is expected to be considered in late February (2021). The author of the nomination remains a mystery to us but their application has our full support

A bit of history 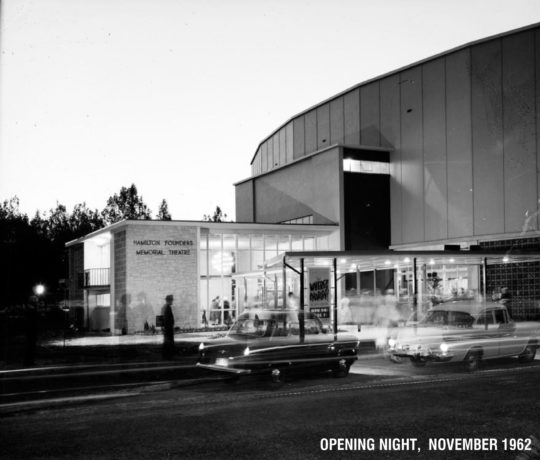 Founders Theatre opened in 1962 after a community fund-raising campaign and was closed by Hamilton City Council in 2016 following safety, fire, and earthquake concerns. Costs quoted by the council to reopen the doors range from $12m-$30m

Back then, plans quickly emerged for a new regional theatre on the city’s riverbank initially estimated at $50m and by 2020 at $78m. The council committed $25m, plus the promise of an annual grant of $1.2m to the proposed new theatre’s private trust board, with public references in 2018 to $6m from city funds from liquidating the Vibrant Hamilton Trust and another $6 million from the sale of council shares in Waikato Innovation Park.

Late in 2020, the Government committed $12m adding to the Waikato Regional Council and local trusts’ contributions taking the total close to requirements, and at the time of this post (January 2021) a construction start indicated early this year..

Twice last year (2020) TOTI made submissions with heritage advocate Neil Curgenven expressing our interest in rehabilitating and converting the Founders Theatre and site into a multi-purpose public space – a Town Hall for Arts, Culture and Heritage, to include galleries and community rooms.

Although the council’s December 2020 report quoted 84% community support for its demolition plan, not reported was a deeper analysis of the community responses to their ‘have your say’ website questionnaire format. This showed most of those submitters also supported activities “honouring the heritage of the site”, including “storytelling” through “interpretive panels” and “public art”, “exploring sound, music and performance in fun and playful ways”, and “retaining and re-adapting parts of the building for new uses”

All these activities reflect TOTI’s own consultation and input into the rejuvenation plan for the heritage theatre spaces.

Peddle Thorp architects’ director Mike Angelo and Mark de Lisle and their team are generously working with us on the Founders Theatre rejuvenation project.  Mark is the son of the theatre’s architect Aubrey de Lisle and has made his original drawings available. 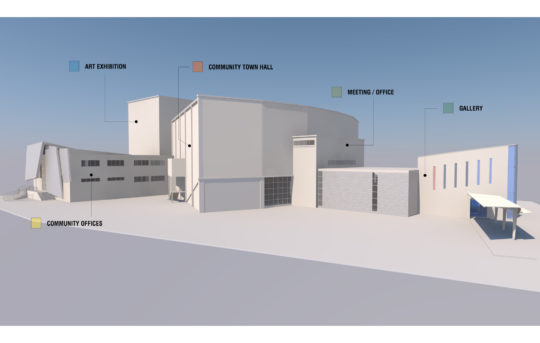 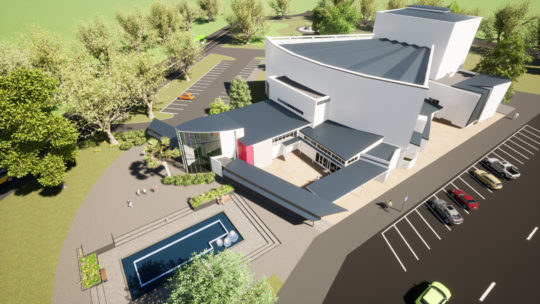 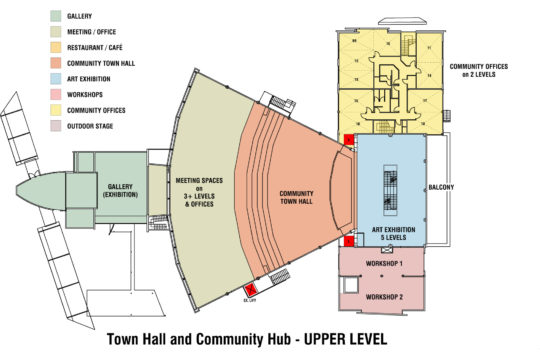 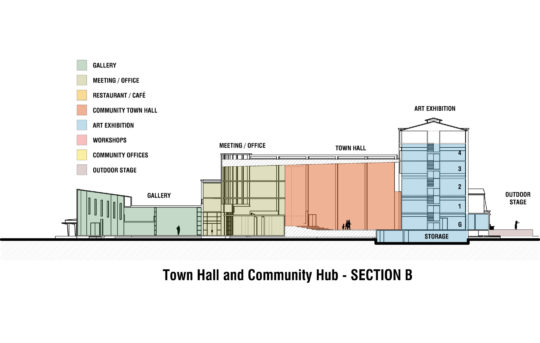 Thousands of people have performed on stage at the Founders Theatre over the five-plus decades of its initial arts, cultural and civic life, and many, many more in the audiences for everything from school prize-givings and citizenship ceremonies to local theatre and kapa haka to international greats and those about-to-be….

Back in 2013, TOTI worked with film buff Dr Richard Swainson to mark the Founders Theatre 50th anniversary to mark the historic performance of the great Louis Armstrong and the first international star to feature there 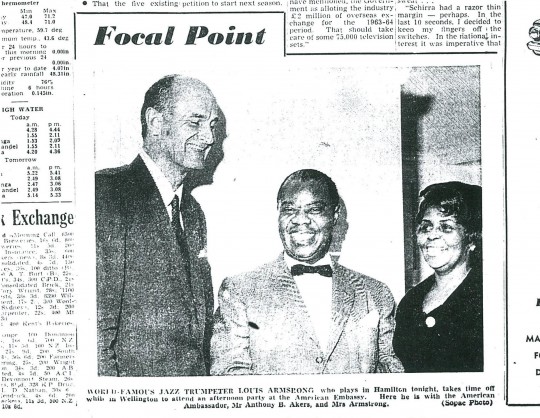 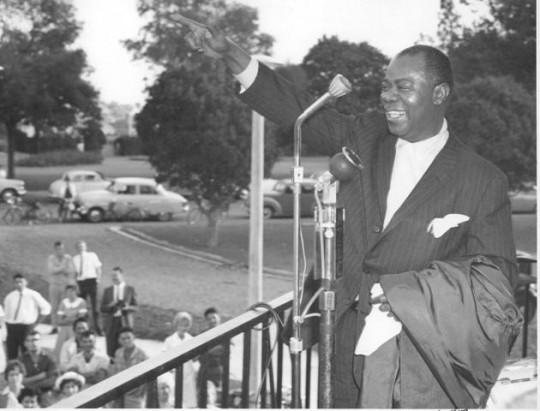