OFFICIAL UNVEILING OF “THE LINE OF FIRE” FRIDAY 27 March 2015

Come join us downtown for the OFFICIAL UNVEILING OF “THE LINE OF FIRE”
– a commemorative artwork by Hon Captain Matt Gauldie.

A tribute to ANZAC artist, soldier and teacher Horace Moore-Jones,
Marking the Centenary of the Gallipoli-Çanakkale conflict of WW1
And recognising today’s spirit of collaboration between our communities. 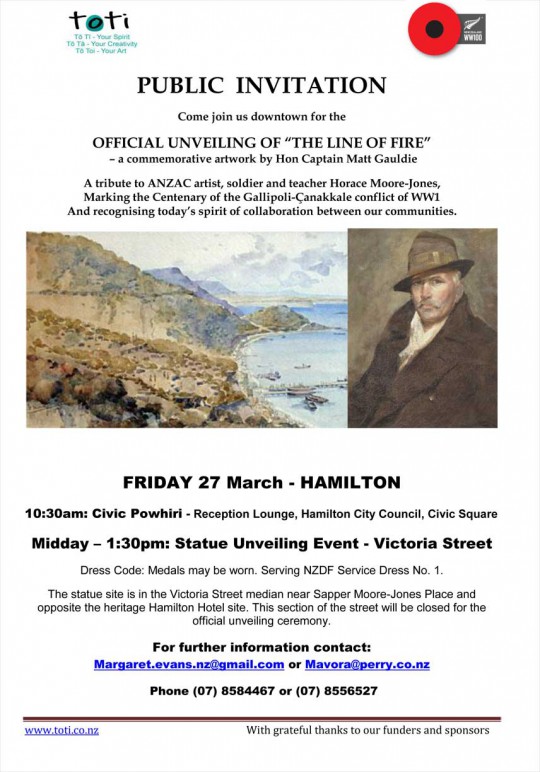